The Stigma Around Talking About Sexual Assault Is Destroying Our Nation 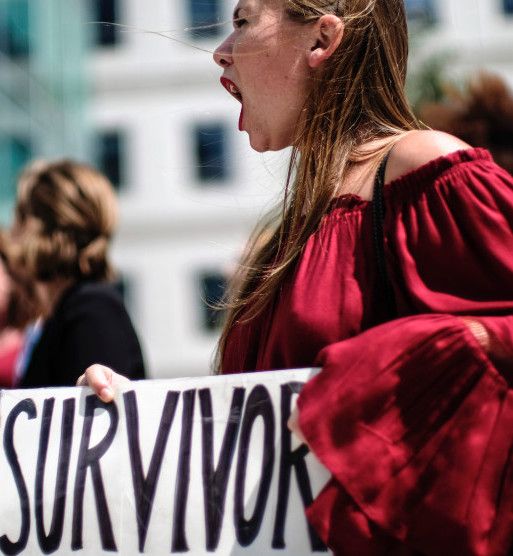 It is no secret that there are many instances of sexual assault on American college campuses, a taboo topic whose sensitivity makes it hard for students to discuss. Yet, by hindering conversation about this subject, many forget how dire it really is.

A recent, groundbreaking study by the Association for American Universities showed that just over one quarter of all female undergraduates from 33 large universities have reported experiencing sexual assault or inability to consent. Moreover, the eye-opening study found that almost one quarter of all transgender, genderqueer, and/or nonbinary undergraduate students have also reported the same issues. This was not considered statistically significant change because the rate stayed steady between years. However, both these numbers are significant in the fact that we need change.

“I have to say that I’m not surprised,” says Mercedes Molloy, sexual assault activist and creator of Safe Squad, an app devoted to the teen safety. “I’m aware that sexual assault and rape are very troubling, especially considering that back to school time. Those transitioning from adolescence to adulthood are experiencing independence for the first time, so they’re partying a lot more, putting themselves in a more susceptible and compromising state. The fact is that it [sexual assault] happens and young people are not getting the proper education about it that they need, which is a huge problem.”

Another study by the Rape, Abuse, & Incest National Network, an anti-sexual violence organization that manages the National Sexual Assault Hotline, found that women ages 18 to 24 are at an even more elevated risk of sexual assault, with college women in college and women not in college respectively three and four times more threatened. These stunning facts truly shine a light on how horrifying this issue actually is.

Sexual assault is far from confined to colleges and their millennial students. It is als oan issue in middle and high schools where a nationwide survey by the National Women’s Law Center found that for 8th to 11th graders, 81% of students reported experiencing sexual harassment—an at once unthinkable an appalling finding.

The numbers, however, are not the worst of it. These targeted students often have nowhere to go in the wake of their terrifying experiences any recount being scared to report the harassment  to their school. Other victims say that even their own parents cannot understand. The fear and stigma around sexual harassment and assault thus further enable the issue to persist.

“They say ‘boys will be boys’,or ‘you asked for it’, or that ‘they shouldn’t have put themselves in that scenario to begin with,’” Molloy says. “It’s definitely a prevalent issue. It makes it worse when schools and higher education instituitions don’t want sexual assault to affect the school ratings…often times, they encourage students who have experienced it to not come forward. I am personally a survivor [of sexual assault] and my school encouraged me not to say anything.”

To get a more in-depth look at sexual assault in educational institutions, I researched a local college in Austin, Texas, my hometown: the University of Texas at Austin. In a 2017 released survey Cultivating Learning and Safe Environments (CLASE), 15 percent of undergraduate women reported being raped, 28 percent of undergraduate women reported unwanted sexual touching and 12 percent reported experiencing attempted rape.

What has UT Austin done to thwart sexual assault? First off, they have a university commitment to maintain “a learning environment that is free from discriminatory conduct based on gender.” This statement, however, doesn’t directly stop the sexual assault on campus. Their emergency call boxes allow people who sense danger can press a button, directly connecting them to the campus police. This method has worked a lot more effectively, ashe attacker will be less likely to commit the crime if there is an easy way out for their victim. Secondly, the victim can get out of a situation like this much easier because of the direct and fast connection to help. However, despite its positive intentions and reasoning, it has not performed up to par as other innovative solutions. For example, applications like Molloy’s Safe Squad and simply not getting involved with drinking or drugs at college parties have helped a lot more with diminishing sexual assault rates.

Every university or school campus has their own methods for preventing sexual assault, some more effective than others. Although we can directly influence these methods in an easy way, one way we can all help is to support those who have experienced this sexual assault, while also being vigilant ourselves of  these assaults. It can happen anywhere and at anytime, so staying alert is critical to saving yourself or others.

“My app, Safe Squad, is gender neutral and aims to prevent this very issue. If an emergency occurs while you’re at an event that you put in, it sends out information about what happened to you and it’s locked through a color coding system  so that hackers won’t be able to get in,” Molloy said. “I don’t believe that there’s one specific way to solve this issue. I think it’s a culmination of things and unifying multiple resources and coming together rather than one person or one thing.”

Sexual assault is not easy to talk abouttopic. However, the most important step in preventing future assaults is to talk about it. Talk about solutions. Talk about all of the feelings from the experience with a therapist. People need to know about the issue before we can fix it. Starting a national conversation is the only way we will be able to end this horrifying issue that over a quarter of college women have suffered from.

For more information on Mercedes Molloy and her app, Safe Squad, visit their Instagram, @safesquad_app or download the app in the app store or through google play.